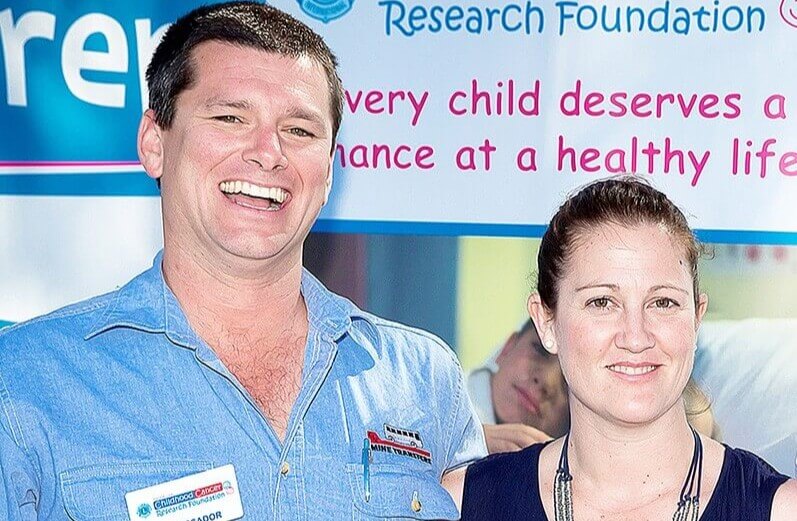 lindsey and fiona ward digging in for the long haul

(This is an abbreviated form of a story published in The Morning Bulletin, Rockhampton, on Tuesday, 29 March, 2016).

As Central Queensland coal mining flourished again several years ago, Lindsey and Fiona Ward decided local people and businesses should do better out of the good times when they come along.

Central Queenslanders are used to mining’s “boom and bust” cycles.

When times are good, the booms earn big money for the large, established mining corporations. But they seldom bring more than temporary employment – albeit often well-paid – for locals who can land jobs in mining or related areas.

Rather than watch another boom go by, Lindsey and Fiona decided to dig deep and see how far their ideas, determination and hard work would take them.

They staked a claim for CQ small business. Setting up L&F Mine Transfers, they began contracting with mining companies to take personnel to and from their mines.

Since then, they have driven L&F to where it now has a fleet of 20 vehicles, over 30 people on the payroll and a clientele including some of the world’s largest mine operators.

L&F’s growth has also reached the stage where Lindsey and Fiona are able to use it as a vehicle for doing good. In the past year, they donated over $20,000 to the fight against childhood cancer in Australia.

Expansion has meant L&F has begun to diversify, with new divisions to cater for liquefied natural gas (LNG) and tourism.

Reflecting on how far the company has come, Yeppoon-based Lindsey agreed it really has been a case of “local boy makes good”.

“I guess we really were ‘in the right place at the right time’, as they say. Opportunity knocked and we chose to have a go,” he said.

“Some days we think we probably shouldn’t have – but there’s no turning around now! A lot of sacrifice has been given by the whole family.”

With its head office at Yeppoon, L&F now has depots at Blackwater, Charters Towers and Gin Gin. With plans for others at Weipa and Cloncurry, Lindsey is ready to talk to potential clients with transport needs anywhere in Australia.

The current client list includes the Jellinbah Plains and Yarrabee mines, both near Blackwater, where L&F has contracts with Thiess and China’s Yancoal respectively.

After 10 years of schooling at Yeppoon State Primary and Sacred Heart, Lindsey left the area for some years.

“But we were coming and going over the years until six years ago, when our bub was born in Yeppoon. We’ve been back here since then and it’s for good,” he said.

“I guess I would call ourselves local. I would say the Ward family is a typical Aussie family and we’re definitely locals to Queensland!”

Before creating L&F, the couple had little to do with the transport industry but Lindsey had connections with mining. “I was a storeman and serviceman or ‘lackey’ – whatever they wanted me to do. I think I’m still doing whatever others want me to do!” he said.

As Queensland locals, Lindsey and Fiona possess down-to-earth, egalitarian values that put them right at home with hard work and lending a hand where it’s needed.

They are also acutely aware of the responsibilities they carry for the wellbeing of each member of their workforce. This makes them abidingly grateful to the companies and individuals who use L&F services.

According to Lindsey and Fiona, L&F Transfers has one single, overriding business goal: To be the provider of the safest, most reliable and most efficient road passenger transport service in Australia.

Despite the wider transport industry’s less than glowing record, L&F has not experienced a single lost-time injury over its five years, preserving a 100% record of injury-free operation.
Indeed, the pair’s concern at stories of road crashes involving tired mine workers was a factor in their decision to create L&F.

“Miners don’t pull up and have a sleep when they’re fatigued,” Lindsey said. “With the amount of cars on our roads, there’s no question this is a safer mode of transport.”

Concern for safety runs through everything L&F does and Lindsey and Fiona put their successes in safety and service down to the expertise and commitment of their 30-strong workforce.

“It doesn’t sound very original but I really mean this: I can’t say a big enough thankyou to our team members who do the daily grind and do such a great job,” Lindsey said.

“The same goes to our clients and customers all over Queensland. It’s their ‘bums on seats’ that keep us operating and growing, let us employ these great people and support the communities and causes that we do.”

Sharing the fruits of their good fortune is important to them both. Since the outset, their trademark Aussie and Queensland qualities have led L&F into being a part of the communities in which it operates – rather than merely making money from them.

Like many businesses in rural towns, L&F backs local sporting and community groups and charities, often by donating a vehicle and driver for events and outings.

Unlike most, however, Lindsey and Fiona have allied their company with a health initiative on a scale that reveals their view of what the corporate world could and should be doing to improve people’s lives.

At an L&F Transfers’ open day at Charters Towers in October 2015, Lindsey handed over $20,000 to representatives of the Australian Lions Children’s Cancer Research Foundation (ALCCRF), which funds research towards the goal of eradicating childhood cancer.

The money represents L&F’s fundraising efforts over just 12 months, gathered mainly through a unique scheme where the company donates an amount on behalf of every passenger on every L&F service every day.

Lindsey said he knew of no other road transport company in Australia that had entered into a philanthropic arrangement of that magnitude or become a partner with an organisation of the national presence and reputation of the Australian Lions.

“A big thankyou needs to go to our workforces at both the Blackwater and Charters Towers depots. Without them, we would not have been able to reach the $20,000 donation to date,” he said. “It’s a massive achievement for our staff and our clients.”

From the time they set up L&F Mine Transfers, Lindsey and Fiona Ward were driven to make a difference.

And while they would never admit it, its success and its ability to make such a contribution – as a safety-first transport provider, employer and community benefactor – is a massive achievement for them, too.